Growing up and spending my early years in Las Vegas, Nevada, I never imagined that I would devote twenty plus years of my life to a basketball career as a professional player and coach at multiple levels in Europe. After graduating from Western High School and winning a state title, I enrolled at the University of Arizona and began my basketball journey. I played one season for a Hall of Fame coach for Lute Olson but after my freshman season, I transferred to Dixie Junior College which is now Dixie State University, where I played for Dave Rose. My story didn’t end here, instead, it took an upward trend when I joined Southern Utah University for my last two collegiate seasons and played for their all-time winningest coach Bill Evans. Although I only played two stellar seasons for the Thunderbirds, I was inducted into their Sports Hall of Fame in 2017. While pursuing my desire of making an NBA roster, I decided to try the European market because of the NBA lockout in 1995. I spent over thirteen-years playing professionally in Austria’s first league, France’s second league, Portugal’s first league, England’s first league, Switzerland’s first league, and Germany’s first and second leagues. I’ve won multiple titles and even played for Austria’s National team as a Neutralized Austrian citizen. After retiring as a player, I coached at various levels in Germany, including the first league, for over eight years. Currently, I live in Germany with my family and I work as an Educator at an International School. I also finished my first book entitled Same Name Different Game: Your Guide For A Successful European Rookie Season. Though I no longer coach basketball anymore, I still have a profound love and affiliation for the game that gave me so much. 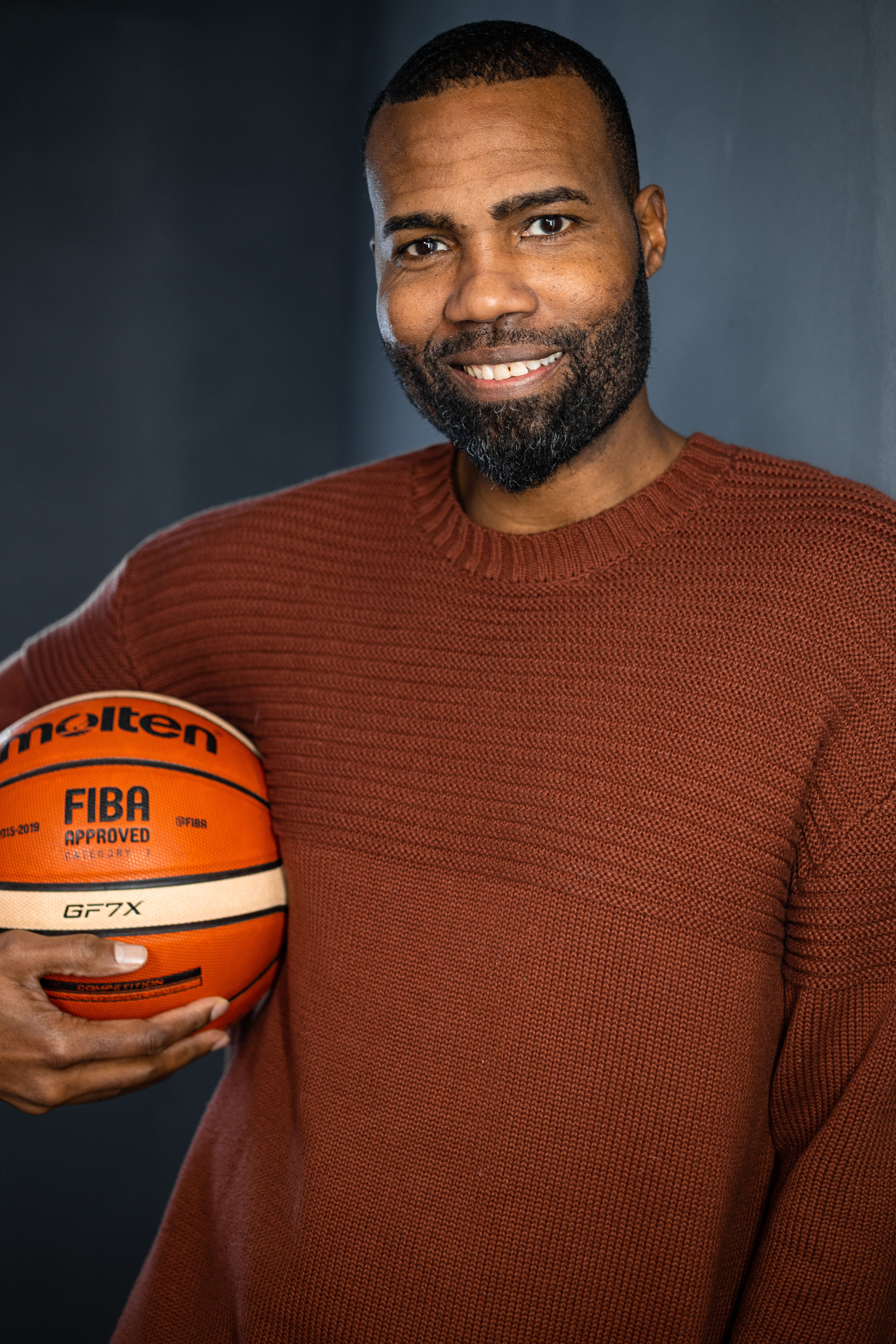