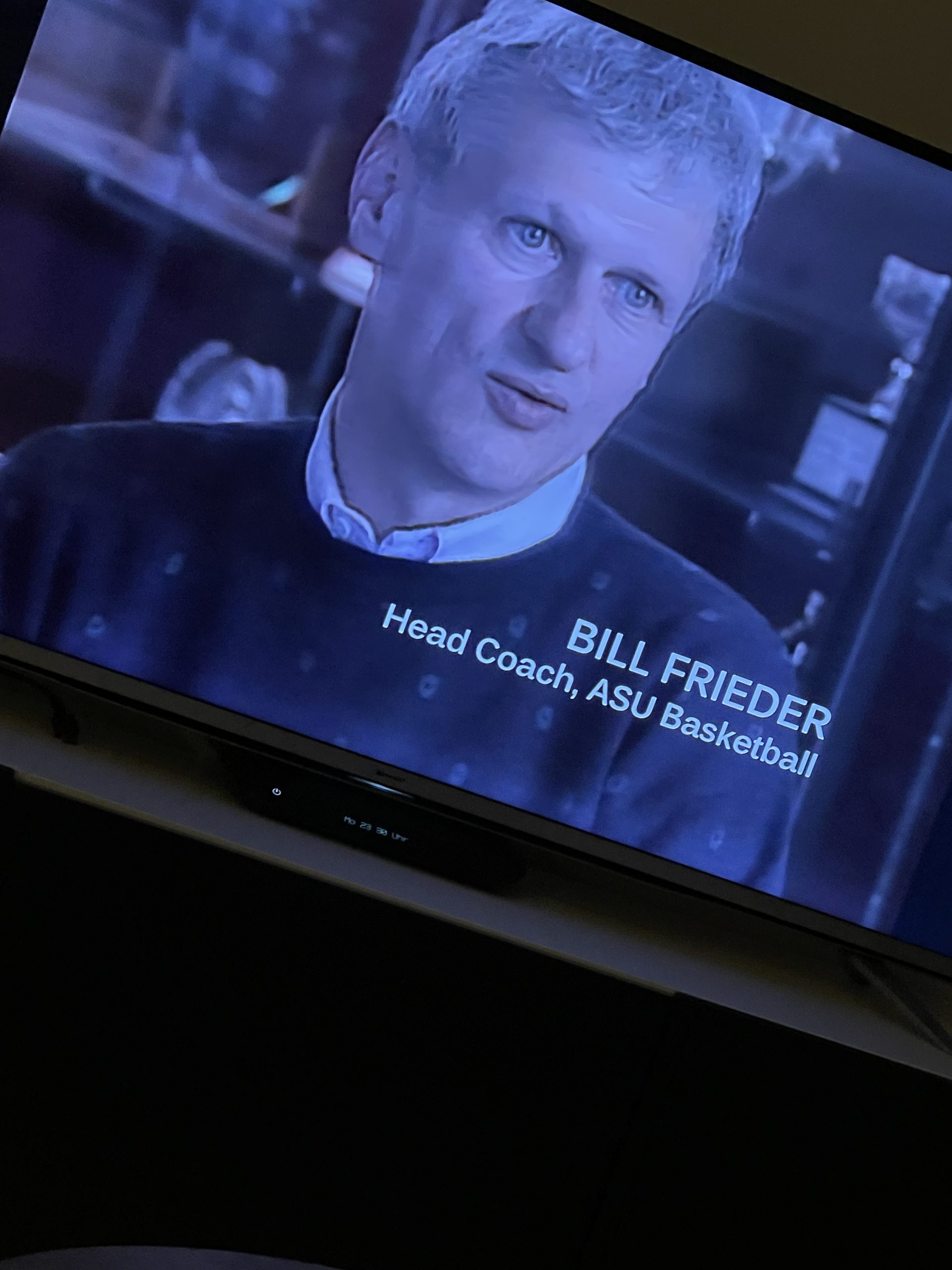 I just finished watching the documentary on Netflix called Bad Sport which is about the betting scandal that surrounded the Arizona State University Men’s basketball team in the early 1990s. Watching the documentary brought back a few memories. The first was seeing Ron Riley. He was not implicated at all in the scandal but he and I played against each other in high school in Las Vegas. We were also teammates in Austria years later and won two championships together. The basketball world is extremely small. The other memory was about the funniest recruiting story I have from my senior season of high school. I was recruited pretty hard from several big-time schools, and eventually, I chose the University of Arizona, but before that, I had countless coaches from around the country sitting in my living room trying to convince me to come to their school. Usually, during these home visits, the coaches come with at least one Assistant Coach, make a presentation, talk with your parents, and eat your cookies while praising that they are the best ones they have ever had before they say goodbye and go to the next recruits house and say the same thing. These things last usually at least an hour or so depending on the connection that the family has with the coach. My visit from ASU and Coach Bill Frieder was different…much different.

The week before Coach Frieder came to my home, Coach Lute Olson from the University of Arizona came by. If you know anything about Coach O, you know he was straight business and a total professional. The presentation was immaculate, just like the suit he wore and his hair. The next week, Coach Frieder comes. He shows up at my house with flip-flops on (feet just everywhere), khaki cargo shorts, a white ASU polo shirt, and his hair is a hot mess. That was just Coach Frieder. In his defense, he had just flown in from Tempe, Arizona where the weather was hot, just as it is in Vegas. He was well-respected and known to be a “player’s” coach. He had done a great job at the University of Michigan and was building something special at ASU at the time. I liked him a lot…but my dad didn’t. That visit was a mess from the time my father set eyes on Coach Frieder. Especially coming after Coach O, Coach Frieder was doomed for failure with his appearance. If I am not mistaken, he and his staff were in my home for all of 15 minutes before my dad politely (that’s a lie, he was very impolite haha) asked Coach Frieder to leave our house. He was not even there long enough to eat the cookies my mom made.

I still could imagine playing for him though and kept ASU in my top 5 along with UNLV, Arizona, Loyola Marymount, and Boston College. I even took my second official visit to ASU and had an amazing time! When it came time to make a decision though, my dad didn’t want me to play for two schools…UNLV and ASU. Eventually, I chose the U. of A. Watching Bad Sport and seeing coach Frieder with his hair all wild brought back a lot of memories. I also realized that had I chosen ASU, I would have been there during that scandal. I guess my dad helped me dodge a bullet. I think I need to write a blog about my whole recruitment process and how it affected my relationship with my dad. Might be therapeutic haha. Keep an eye out for it!